The iconic Bosler House has witnessed the changing story of the Mile High City – from rambunctious Colorado mining town to one of the country’s fastest growing metro areas. 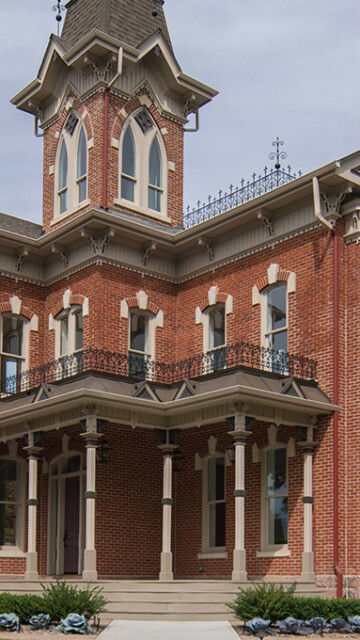 The iconic Bosler House, located in Denver’s West Highland District, has witnessed the changing story of the Mile High City – from rambunctious Colorado mining town to one of the country’s fastest growing metro areas. Designed by John G. Weller in 1875, the home was commissioned by wealthy merchant, Ambrose Bosler, who wanted a hilltop escape from the bustling city. Over the years, many stories unfolded within the Bosler walls as the home’s original splendor and elegance gradually faded into disrepair.

These troubles became even more visible in 2008, when the home’s then-owner demolished the roof and began installing an historically inaccurate replacement, a violation of the home’s Landmark designation status which had been established in 1984. The city issued a stop-work order, which prompted a six-year legal battle during which the vacated property would be left open year-round to the harsh Colorado elements. By the time the city foreclosed on the home, the once resplendent estate had become a dilapidated eyesore.

For lovers of historical architecture, the situation was grim. Although an historic assessment determined the property salvageable, restoration costs were estimated at $1.75 million. With few options, a court-appointed caretaker listed the property for sale as Annie Levinsky of the Historic Denver Society lamented that “we knew that this house was going to need a miracle to return to its former grandeur.”

That eleventh-hour miracle came in the form of Steve and Jan Davis, veteran remodelers and the owners of Davis Investments, LLC in Denver, who made an offer on the deteriorated property and a pledge to restore the aging landmark. The couple saw only possibilities lying under the faded portico, lopsided roof, and sagging porch. “It’s a fun opportunity,” an unruffled Steve told Denver7 News. With unflappable determination and the support of Colorado’s Historical Fund and Historic Denver, the couple tackled each obstacle during the painstaking two-year-restoration while proclaiming “The old, grand lady is coming back.” 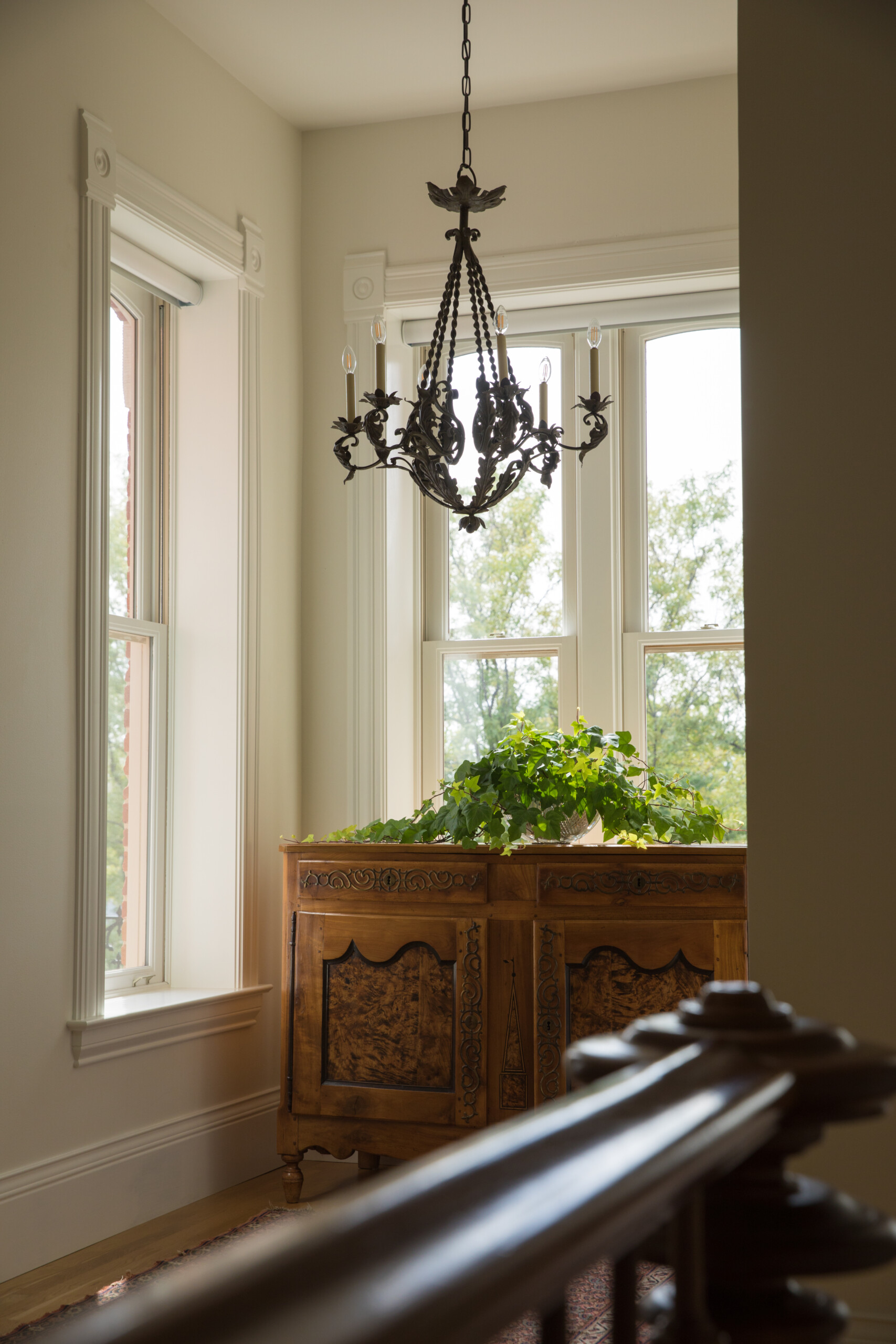 However, the greatest scrutiny was reserved for the home’s exterior due to Denver’s Community and Planning guidelines stipulating that “these projects preserve the properties’ key historic character-defining features and qualities.” This included the meticulous recreation of the Bosler House’s Italianate-style architecture, which is expressed through the elaborate ornamentation of its cornices, porches, doorways and windows. In fact, the replacement of the tall, slim, rounded (radius) tops of the Italianate windows proved one of the project’s most pressing challenges.

Mike Thiret, president of Certified Home Services, a leading Denver-based door and window supplier, worked with the Davises throughout the lengthy review process to recreate the home’s windows according to the stringent specification guidelines of the City’s Landmark Preservation Commission (LPC). Designed specifically to recognize properties of historical, architectural and geographical importance, Denver’s local landmark designation is only awarded to structures that preserve each properties’ key historic character-defining features and qualities.

“Steve and I have known each other for years, having worked together on five to six jobs,” offered Thiret. “He’s an expert at restoring older homes. Over the past 10 years, he’s probably renovated close to 25 homes, doubling his investment each time. But the Bosler Home was something else altogether. Steve not only took it upon himself to rebuild the house, but had to work closely with the City of Denver and the historical commission to replicate the original architecture. The window designs alone took almost a year to approve.” 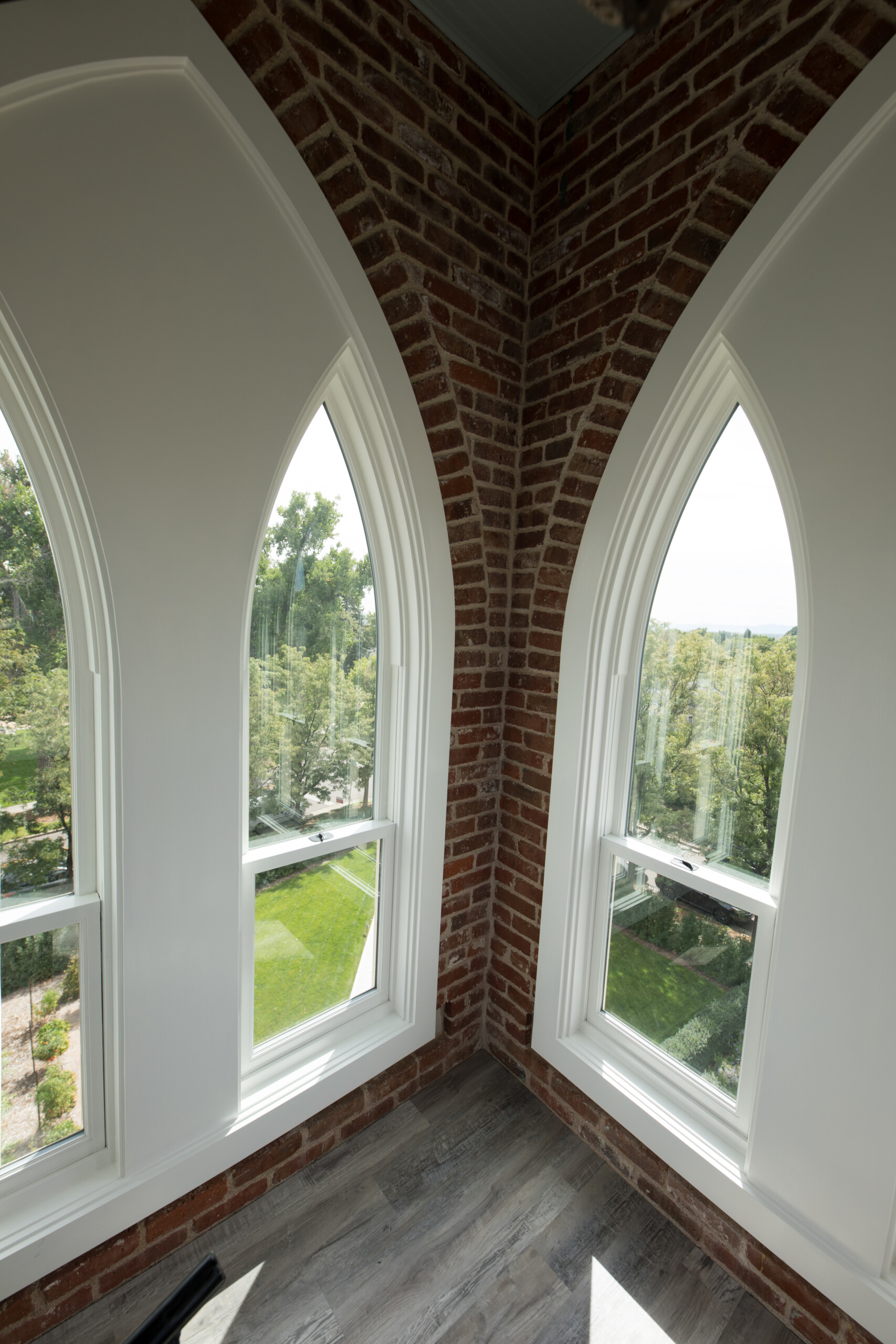 While these discussions were underway, Steve’s company fastidiously completed much of the work on the ornate stone details around the exterior of the windows including the limestone plinths, keystones and sills — arguably some of the most exquisite features of the house. The exterior brick window heads determined the geometrical specifications for the radius window sash tops since LPC guidelines designated a near-exact replication. Whereas, interior design flexibility allowed the Davises to choose accessible beige from the wide assortment of Weather Shield’s wood frames, a complement to the overall lighter, spacious, updated design of the interior.

But one problem still persisted before the LPC would sign off. Early Bosler House drawings did not reveal enough to determine the width of the sashes. To the dismay of all, the previous owner had installed low-end vinyl windows and the originals were nowhere to be found. That was until Davis discovered that one of his neighbors had an authentic Bosler House window on display as backyard landscape art. Without objection, Steve borrowed the 140-year old relic and handed it over to the LPC historic team who then approved the Weather Shield window design from among several competing models.

“We were extremely happy with the selection,” said Davis. “Not only did the Weather Shield models match the look and feel perfectly, they were also far less expensive, while offering great quality. We’ve worked with Weather Shield for years and this was the choice we really wanted them to make.”

Once delivered, Tim Mayer of Mayer Home Services in Denver, completed the window installation in just two weeks. After the old vinyl ones were removed, Mayer explained “We inserted 2x4s to make each of the new windows fit into the double masonry. We then applied foam and brick to ensure a nice, tight fit. Each of the windows were perfectly sized and fit like a glove. They really looked amazing.”

The Davises couldn’t agree more. “It’s a once in a lifetime opportunity to live on a site like this,” said Jan Davis. “For me, that’s the magic—the windows and what’s outside of them.”

As a key showpiece of the walking tours held by the Denver Architecture Foundation and Jewels of the Highlands, the Davises have graciously opened their home to the local community, which sometimes includes up to 600 visitors in four hours. “It took a tremendous grassroots effort to get this done,” Steve acknowledged. “We couldn’t be more appreciative. You really have to pinch yourself when you live in a beautiful house like this. As redevelopers, we used to move every few years. But I doubt we’ll ever leave here. Every aspect of this house is absolutely beautiful. That includes the windows, which are exquisite.”

Along with its local landmark designation and inclusion in the National Register of Historic Places, The Bosler House received a 2018 Mayor’s Design Award in the “This Is Home” category. As explained by The Denver Post’s Ray Mark Rinaldi, “Preservation of this magnitude doesn’t come easy — and it doesn’t come cheap. It took more than $2 million and the fortitude of both its owners and various local and national preservation groups to keep the place from ruin. It’s a private home but a public treasure, and it stands now for generations to come.” 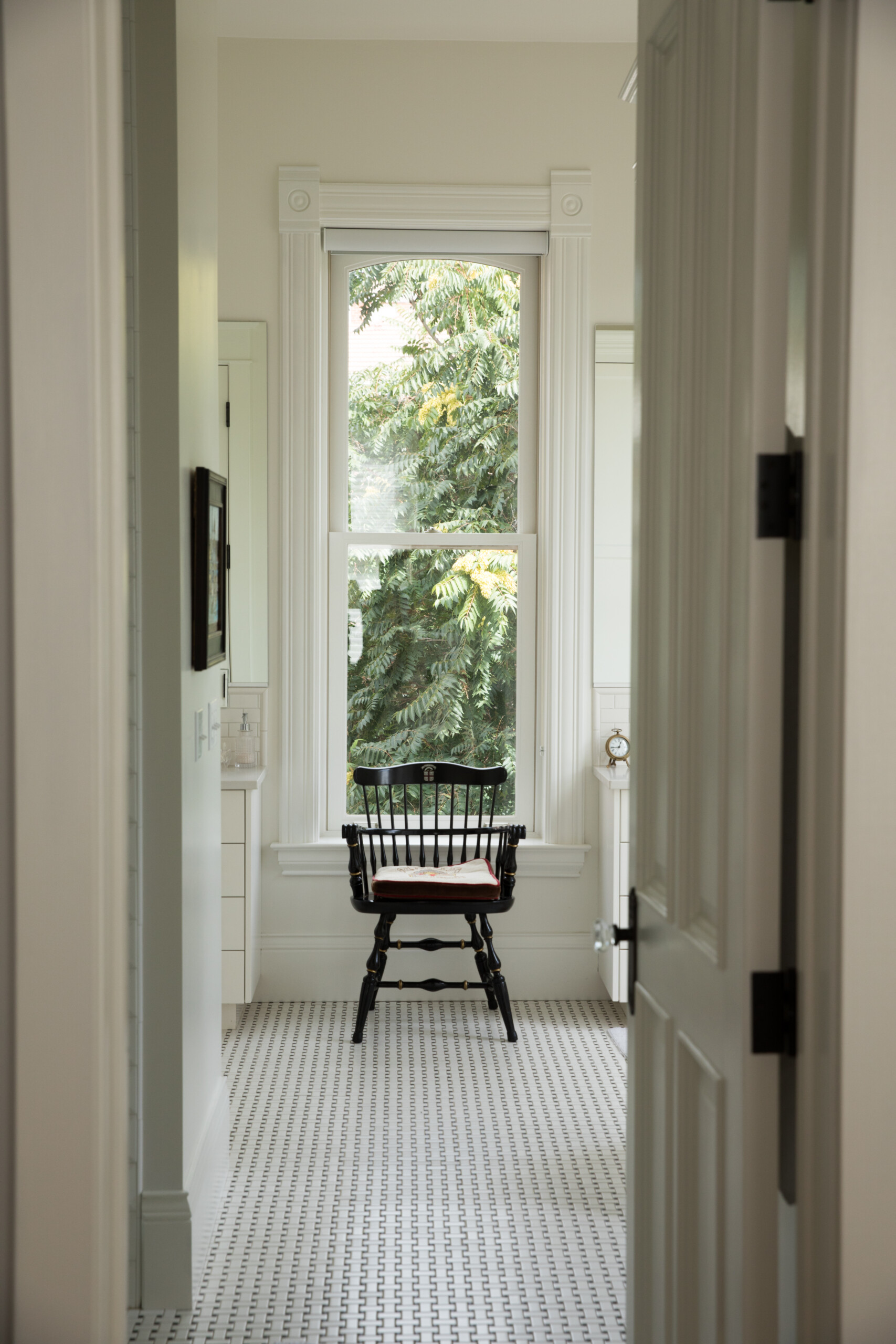 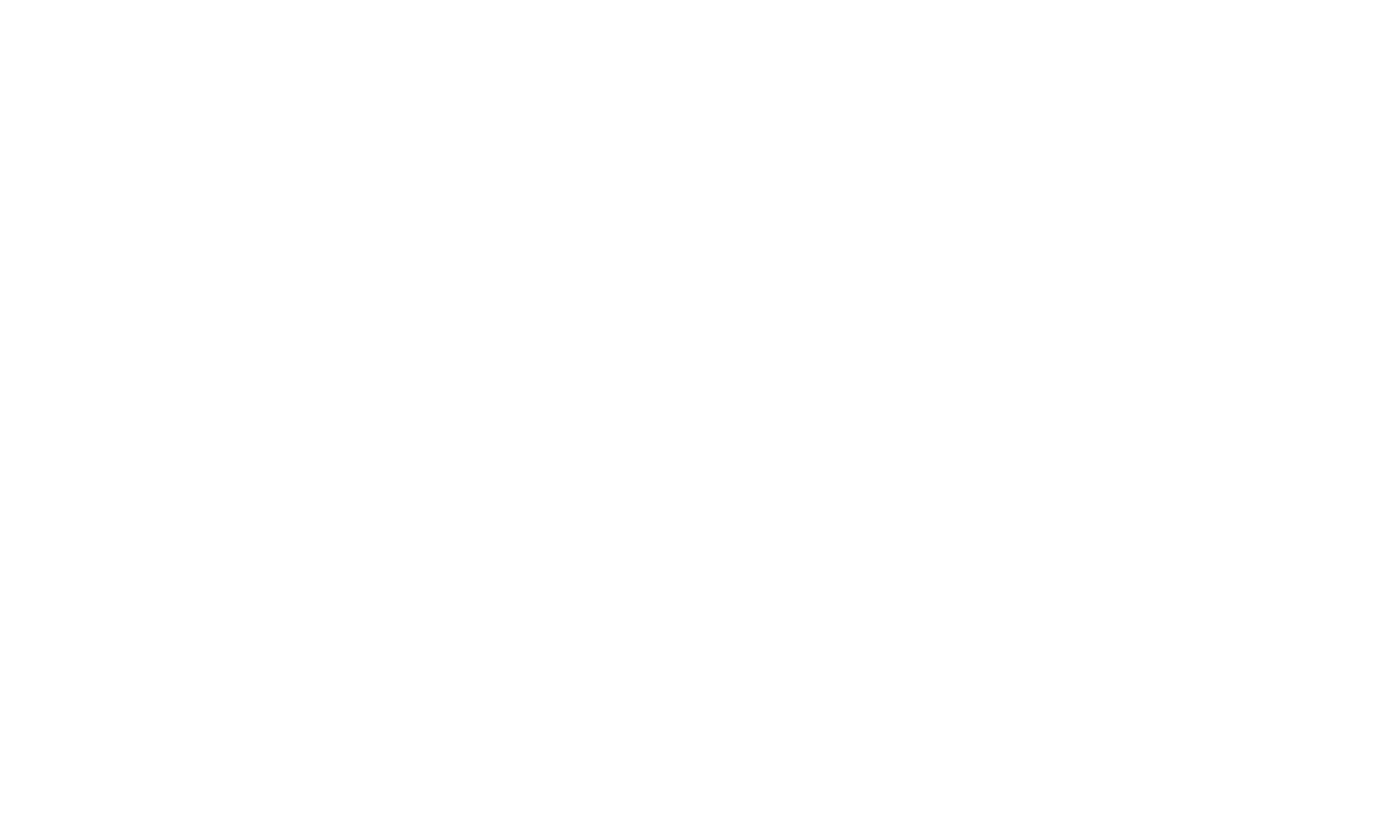 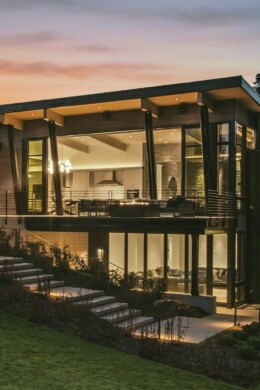 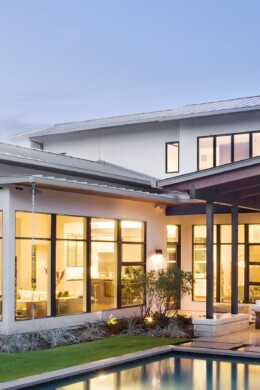 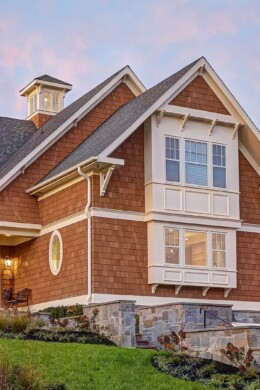 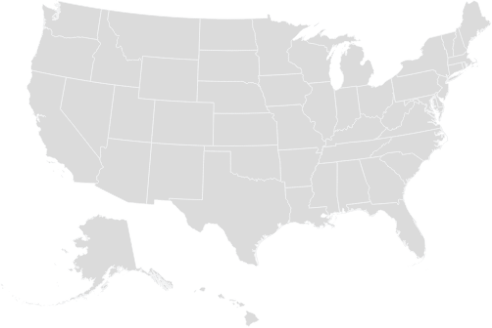